On The Borderline – Coping With The Extreme 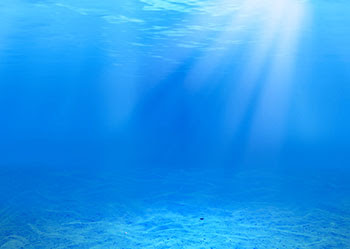 Having a Borderline Personality Disorder (BPD) throws your daily routine into chaos. One minute you could be extremely happy, looking forward to the day, the next you are lying on your floor with tears streaming down your face because something inside told you that you were sad.

These mood swings are one of the identifying factors of the illness, and even though there are roughly 4 million people (of that number, 75% are women) diagnosed with the illness in the United States, that number is still not accurate. Many people with BPD have not yet been diagnosed or they have been misdiagnosed.

Currently, there are no medications that have been approved by the Food and Drug Administration (FDA) to alleviate symptoms of BPD. A misdiagnosis can be life threatening, and medications for Bipolar Disorder do not work for those with BPD,  even though about 20% of those diagnosed with BPD actually have Bipolar Disorder as well – they are still completely different illnesses. The number of actual people with BPD may be even larger as it often remains undiagnosed.

What is Borderline Personality Disorder (BPD)?

The following symptoms are what counselors look for in order to determine a diagnosis for this particular illness:

Not everyone with BPD will experience every symptom and there are also varying degrees of each symptom. As someone diagnosed with BPD, it took years for the right therapist to ask the right questions.

I lived with many ups and downs, destructive relationships, substance abuse, and more. Life was not going the way I wanted it to, and when I finally hit rock bottom, I knew it was time to seek help. The process was long, yes, but in the end, it was the best move I made. It is hard to diagnose as there are many other possibilities for diagnosis, but the above list will be a great place to start a conversation with a licensed counselor.

Though BPD has historically been viewed as difficult to treat, newer, evidence-based treatment has proven successful and people have been known to show less severe symptoms and see an improvement in the quality of their life. Seeking treatment from a licensed professional is the best move to make and will only prove beneficial to you if you are experiencing the above symptoms.

A licensed professional will be able to discuss with you the symptoms you are having, and even view potential risk factors, which are:

If any of these symptoms or risk factors sound like you, please reach out to one of our licensed professionals today, and begin a path to a healthier you. BPD can be treated, and your life can improve, but the first step is seeking help.

It is possible to learn how to manage feelings better and to find ways to have healthier, more rewarding relationships. With therapy, you can learn how to reduce impulsive and self-destructive behaviors and understand the condition. With a strong commitment, and time, positive change is within reach.